Tours to the Chernobyl zone

Tour to the Chernobyl zone and dead city Pripyat 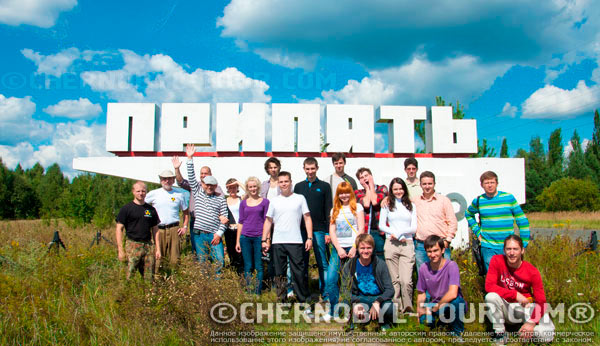 Chernobyl is the most famous Ukrainian phenomenon. If you plan to visit Ukraine, or already in the country, don’t miss the most important and unique features.

The incident, which was called the “Chernobyl disaster”, changed the trajectory of our civilization, it is the most global contribution of Ukraine in world history. His place in Chernobyl nuclear power plant (NPP), which do not produce more energy, but instead, paradoxically it consumes, and the abandoned Ghost town of Pripyat, like a time machine that allows you to see the events of the past and to understand how the history and nature of work. Intricate ensemble of hundreds of impressive technical and cultural monuments is surrounded by and impressed with the blossoming of nature, which has become wild in this area.

The main square of Pripyat, Ferris wheel in the Park. Advanced skills gained in practical work with radiation accident in his native land for more than a quarter of a century, received Ukrainians among the world leaders. Our Chernobyl tours, use all the tools of this front line, best practices, combined with the convenience, comfort and security. You learn a lot of important and not known to many things about radiation; radioactive contamination and radiation survival, which is fundamentally useful in our time, as recently shown us all the accident at the nuclear power plant » Fukushima «. 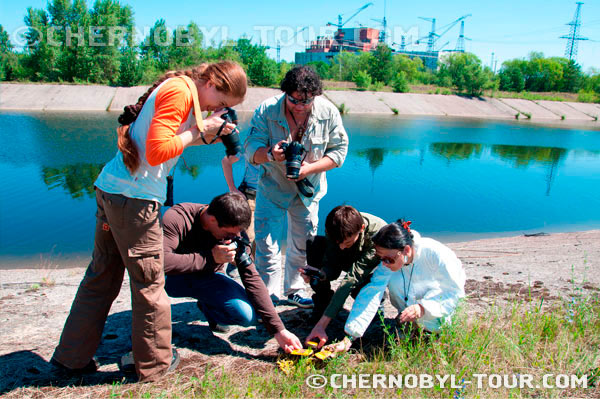 Radiation makes the area particularly interesting. Significantly decreased the contamination area, after a large radiation incident. Fortunately became safe for visitors. Of course, in the Central part of the zone there are still places with high levels of radiation, but if you follow the suggested route and guide directions, then a visit to the Chernobyl zone is completely radiation-safe.

Chernobyl tour will help you to better understand the underlying mechanisms of the world in which you live, discover new amazing features of your body and soul, to rethink his life in a broader perspective — and hopefully change it for the better.

For your convenience, we offer  two options of visiting the Chernobyl zone.

1) individual or group tours on request, which can be 1, 2 or more days, organized in a convenient time, with the route and the program selected in accordance with your requirements.. Just inform us. 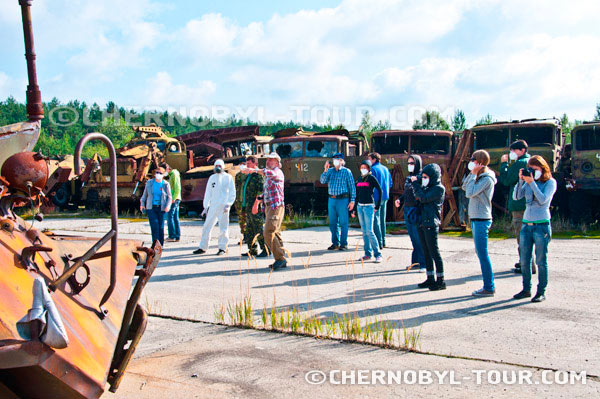 One-day scheduled tour to the Chernobyl zone and Pripyat-town

You are welcome to join our scheduled 1-day trip, during which you will see:
(There can be some changes due to weather conditions!)

— a field camp of the 25th brigade of the radiation chemical and bacteriological protection;
— Dytyatky checkpoint, an official entrance to the Exclusion zone;
— the village of Zalissya with abandoned houses and barns, a shop and the only self-settler Rozaliya Ivanivna;
— a bypass road to the NPP around the town of Chernobyl, built a month after the accident to facilitate the traffic of military vehicles;
— an almost fully buried village of Kopachi with a remaining kindergarten;
— a concrete-reloading unit, essential for the Sarcophagus erection in 1986;
— a decontaminated Red Forest at place of the first and worst radioactive fall-out;
— the town of Pripyat populated by 50 thousand people before the evacuation:
— the hospital receiving the firefighters and NPP workers, badly affected by the accident;
— a river port and the most prestigious Pripyat café at the embankment;
— a town hall – the first headquarters for mitigation of the accident consequences;
— Polissya hotel, a correction point for helicopters dropping lead bags over the 4th reactor ruins;
— Energetic Palace of culture, the main recreational site for the Prypyat youth;
— Ferris wheel in the amusement park which was never open;
— a fire station, the crew were the second to extinguish fire at the NPP at night of the disaster on April 26, 1986;
— Chernobyl NPP:
— the Sarcophagus and the New Safe Confinement («Arch») – an observation point at a 300 m distance;
— a fire station at the NPP, the crew arrived the first to extinguish fire at the NPP after explosion,
— memorial «Life for Life” in front of the administrative building, there used to be an enormous parking lot in 1986: thousands of people arrived there daily for NPP decontamination, the Sarcophagus construction, etc.;
— a NPP cooling pond (feeding giant catfish – depending on the season);
— cooling towers of the Chernobyl NPP 3rd generation;
— the secret soviet object Chernobyl-2 (radar «DUGA-1»). Giant radar antenna «DUGA-1», secret town of Chernobyl-2 which provided the efficiency of antennas and horizon tracking of the launching of ballistic missiles.
— the town of Chernobyl:
— the world’s best memorial «To Those who Saved the World’;
— an open-air exhibition of transport vehicles and robots used in 1986-clean up activities;
— ecologically-clean dinner in a Chernobyl state canteen for the Exclusion zone workers (vegetarian meal available upon request). 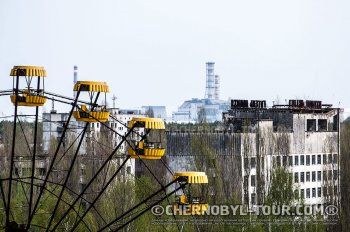 The diversity and richness of the Chernobyl zone is so vast that it is impossible to cover it in 1-day visit. The desire to open and share this wealth in the area visitors and to satisfy the needs of our visitors, we have a program, 2-, 3 — and 4-day trips.

In multiple-day tours, in addition to more detailed acquaintance with the most well-known objects (the Chernobyl nuclear power plant, the cities of Pripyat and Chernobyl), you get a unique opportunity to be immersed in the beautiful nature area untrodden corners, meet very kind people — selfsettlers-samosely, and learn their way of life, which is so close to nature. In addition, you will be able to feel the magic of the Chernobyl night and beauty to Wake up to the birds singing in the Chernobyl hotel. (Just in case: the level of radiation in Chernobyl-the city is the same as in Kiev, i.e. completely safe)

Attention! Visitors can visit the site chornobyl.com.ua the exclusion zone on favorable terms! Enter SPCH705A12S in the field «discount code» on the order page in the path and you will receive a 5% discount on any trip! 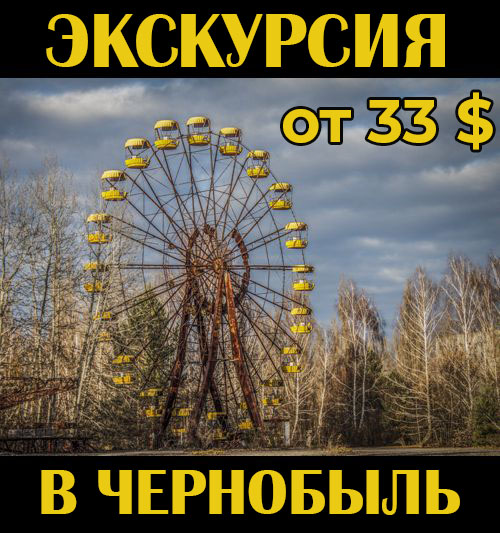